1st EuroWorkshop «Geothermal the Energy of the Future»

The Spring Meeting of EFG and the 1st EuroWorkshop on “Geothermal the Energy of the Future” took place in Santorini island during 17-21 May 2017. Its main purpose was to discuss the future of geothermal energy with the objective of minimizing CO2 emissions in the near future.

Several of the methods used to exploit geothermal energy were presented alongside with the presence of EFG in EU funded projects that are currently in progress (such as the CHPM2030). The event was considered successful in terms of scientific adequacy, decision making and planning for the future, by everyone who participated.

On May 20th and 21st, the Spring Meeting of the European Federation of Geologists (EFG) was held at the same site. Participants came from almost all EFG member countries and also from the US and Canada Geological Surveys (as EFG’s permanent representatives). All issues on the meeting’s agenda, proposed by the EFG’s Board of Directors, were thoroughly discussed, opinions considered and decisions made on the future actions of the Federation. Greece was represented by Mr. X. Stavropoulos, President of the AGG, its Secretary General Mr. T. Kaklis and Mr. P.Tyrologou (EuroGeol), expert of EFG. 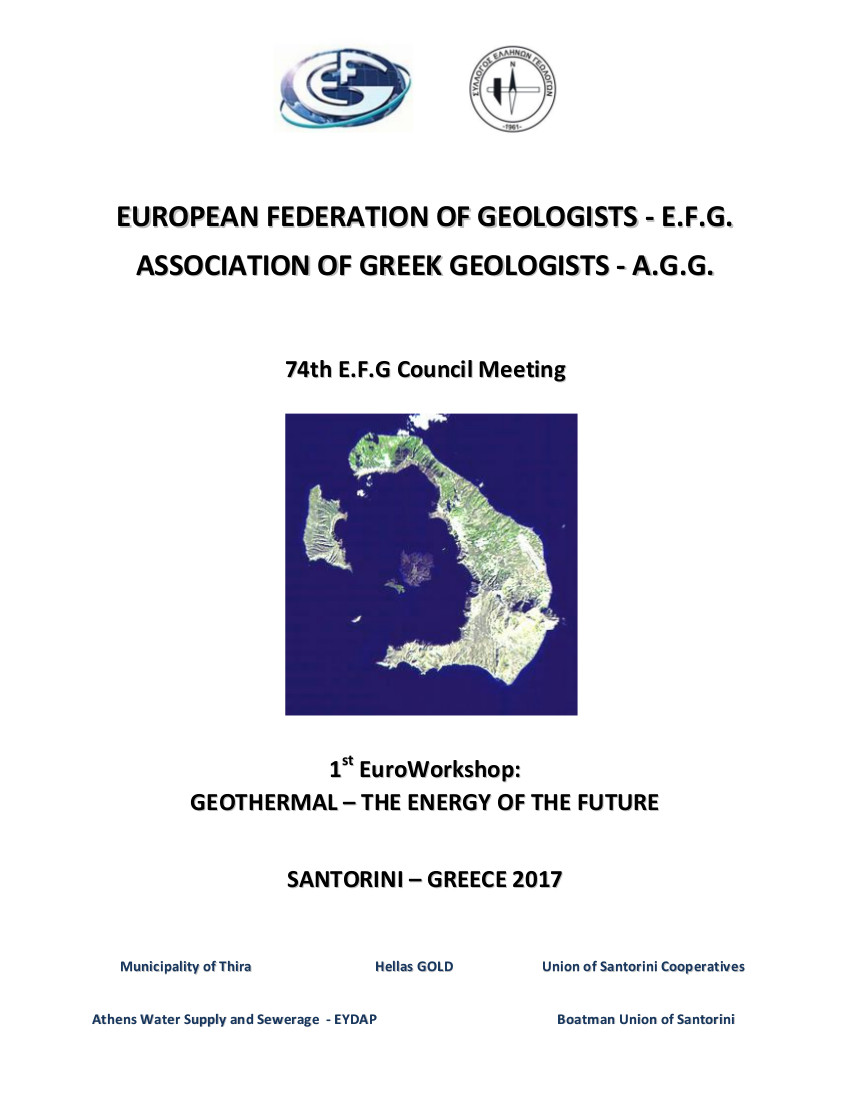